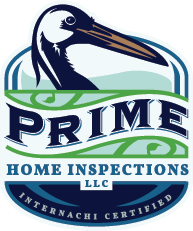 Many people have asked about our logo, most of them curious about why we chose a crane to represent PRIME Home Inspections. The crane holds a great deal of symbolic significance for us and directly represents our slogan, “Vigilance, Guardianship, Loyalty, Longevity”. Not only are these our watch-words and guiding principles, but they’re our unending commitment to you, and we are committed to these values in our personal and family lives as well.

The crane’s fidelity and mating rituals make it a common symbol for loyalty and successful marriage. Its fabled long life span also makes it a symbol of longevity.

“Tsuru” is the Japanese word for “crane”. The crane is a symbol of long-life, as Japanese folklore believes the crane to live for 1,000 years. The crane is also a symbol of happiness, good fortune and peace, and therefore paper origami cranes are often given as gifts, wishing those sentiments upon the recipient.

The crane is a popular symbol in Asian culture, and the practice of folding paper cranes for good fortune, healing, happiness, and success has become very popular around the world. Chains of paper cranes, often numbering a thousand in total, are given as offerings at temples and shrines. The crane is also perceived as a bird capable of flying to the very heavens, and is said to have borne spirits of the deceased there upon its back. In ancient China, the crane was used as the symbol of highest-ranking officials.

The longevity of the crane may also have caused it to be associated with a family tree or lineage. Our word pedigree may come from the French word for “foot of the crane,” or pied de grue. Legend has it that the crane’s legs grow before its wings do, suggesting that the bird has a strong tie to the ground. The crane is also associated with vigilance; it was said to keep watch on one leg while holding a stone in the other foot. The stone would drop if the crane dozed off, waking it and its companions. Heraldry (the art of designing and displaying coats of arms and other devices that identify a family or group) often shows the crane holding a stone in this way, symbolizing alertness.

In one of Aesop’s fables, a peacock laughs at the duller crane. The crane admits that it may not be as visually stunning as the peacock, but it has the capability to soar to the very heavens, whereas the peacock is stuck on the ground. The moral of the story is the commonly repeated adage, “Fine feathers do not make a fine bird.” In Celtic myth, the crane bag, made from the skin of a crane, held many of the treasures precious to the Irish god Manannán. One of these treasures may have been the staves of Ogham, a rune-like system of writing or divination whose shapes are sometimes compared to the sticklike shape of a crane’s legs.

Omens and divinatory meaning: If you see a crane flying, it may be drawing your eyes to the heavens, lifting your spirits, and inspiring you to trust in the universe. If you see it standing, it may be advising vigilance and alertness.